Beginning April 16th With Events Through May 5th 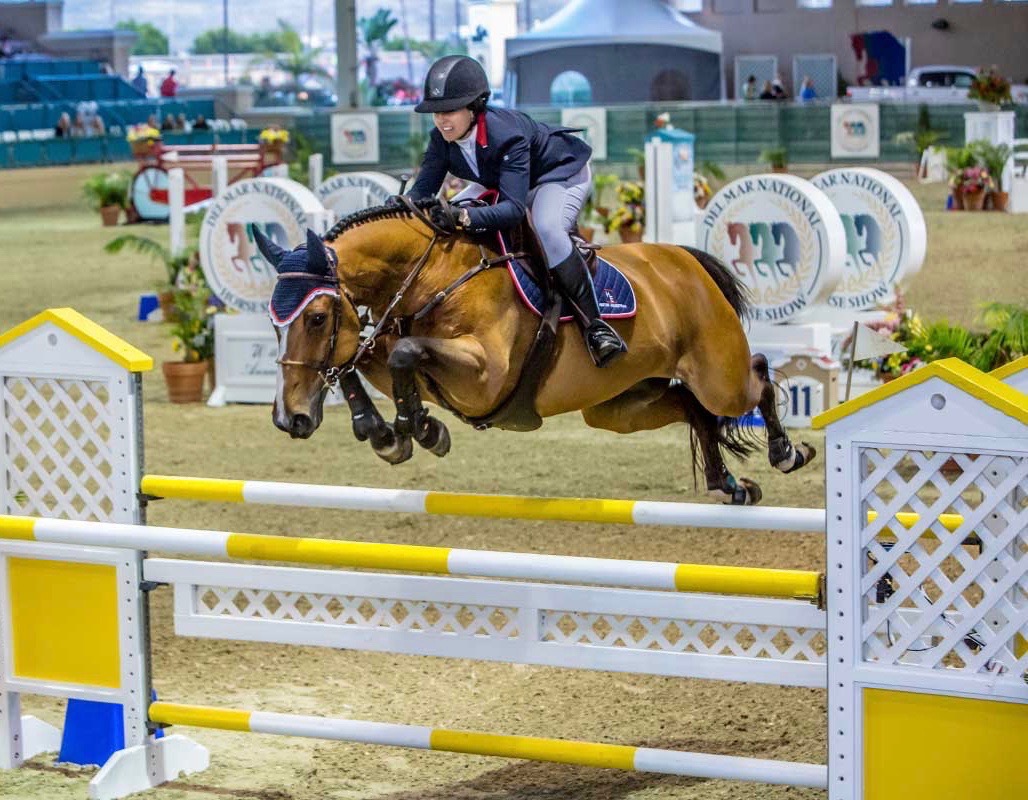 The original "National Horse Show" has its origin at Madison Square Garden where it was first held in 1883 and continued its presence until 2011 when it was moved to the Kentucky Horse Park in Lexington. The tradition of showing horses runs deepest on the East Coast with the Del Mar National, considered by most to be the finest within the western region. Begun in 1945 as a component of the Del Mar Fair, in 1979 its growth and popularity determined that it should be showcased individually.Some of today’s best riders began their showmanship as youngsters at the Del Mar National, which carries with it a badge of merit, well respected throughout the nation.
Riders in all age categories perform at the annual show providing a forecast of who may well be the Olympians of tomorrow, making attendance at the show a highlight for all comers, be they equestrians or simply in for the excitement and pageantry that the show manifests each year.
It is with great pride that Nani Luebke as Awards Coordinator for the Del Mar National oversees the 64 special trophies that are housed within the display room. Two of the most prestigious are The Santa Anita Park Perpetual Cup and The Governor’s Cup Trophies. The value of the hardware itself, together with its origin, history, and the long list of winning horses and riders make these two trophies very prestigious.
Upon awarding these trophies, they are sent to Tiffany’s for engraving, thereafter returned for showcasing, and neither allowed permanent removal from their showing at the Del Mar Display room.The Santa Anita Park Perpetual Trophy may be the most distinguished. Dating back to 1905, it was first presented to Alfred G. Vanderbilt, the noted philanthropist who was an avid coachman. In 1971, it was Alan Balch who gave custody of the trophy to the Del Mar National to be awarded to the leading open jumper rider.
The Governor’s Cup Trophy, given to the Del Mar National some 27 years ago is the coveted prize for the Grand Prix of the Del Mar open jumper championship. At age 16, Mclain Ward would win the trophy on his horse Palermo and thereafter as an Olympian would twice win a gold medal.
Placing a value on such a collection of treasured memorabilia would be a near-impossible task and perhaps one should leave it, as Nani Luebke would say that their history is their true value.
Ticketing: https://delmarnational.com/tickets/