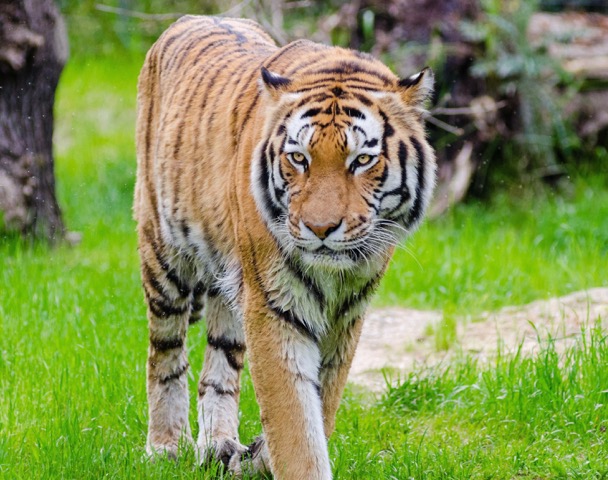 As a young child, I remember going to the local zoo, and how mesmerized I was by all the animals. Now as an adult, although the experience is by no means the same, different animals, different park, gown older, there is one common thread ~ the deeper meaning behind the animals that it holds for each of us individually.  I am referring to the ancient symbolism of the animals, which the Native Americans coined "Animal Totem." As Webster defines it: "A natural object, usually an animal that serves as a distinctive, often venerated emblem or symbol. A means of personal or spiritual identity.
Animal totems do have meaning and play a colossal role in our lives. They move us along on our path of self-discover, enlightening our creative muse, and opening the ever-widening avenues of imagination and awareness. Not only do they play a crucial role in our present day lives, but also they support us in understanding our past lives and grant us the elusive crystal ball view into the future. As individuals, we are drawn to certain animals throughout our lives congruent with our spiritual development, hence our "animal totems."
Since the beginning of time, animals have served as harbingers of the character traits we as humans aspire to achieve. They come to us at the times in our lives when we need to identify with how their symbolism, dietary needs, and other personality traits can be used to complete that part of our journey.
If one were to delve deeper into the meaning of animals as totem in their life, a visit to the Safari Park, located on 1800 acres in the San Pasqual Valley area, intended to replicate the animal's homeland of Africa is a great stepping stone. Another grand opportunity exists at the San Diego Zoo, where a walk along Tiger Trail takes you well into the bush, and when visited in early morn or late afternoon finds activity in the park at its peak.
Similar traits between animals and people do exist. If one is drawn to the rhinoceros, they are prone to enjoy their own company and for the most part appreciate solitude. They also have a close relationship with the ancient wisdom of their soul, learn to see with their spiritual eyes, taking their growth to evolutionary levels. Even extinct animals can be a totem for someone. Once something has been it can never completely disappear; it is still in the memory of the universal consciousness.

Totems are closely related to ones astrological sign. For instance, the astrological animal associated with Cancer is the crab. If you study the traits of these animals and the personality characteristics associated with Cancer, they are one and the same.The crab skirts the issue by moving side-ways, the turtle retreats into its shell when threatened, and both animals carry their homes with them. The home is the central theme for all Cancers.
The animal symbols associated with all the signs, with the exception of Virgo, Libra, and Aquarius (which do not have an animal symbol) are indicative of the animal traits. Take Aires and the Ram, they both like to butt horns, and are combative. Leo, and the Lion, they both like to rule the roost and be King of their jungle. The Dragon, though full of vitality and strength, generally is magnanimous and has a legion of admirers. The Horse is most often the free spirit, in and out of love with ease, and can dig in their horseshoes with the best of them.
A Tiger in the bush places a special emphasis on raw feelings and emotions, focusing on their primal instincts. If a Tiger totem has come to you, it's a reminder to own your personal power ~ you have the ability to overcome obstacles. The dark side of the Tiger, which lurks in the shadows is aggression. This is where the line is drawn, thus we as humans should be careful not to abuse that Tiger power.