The Chinese have known about the medicinal benefits of green tea since ancient times. 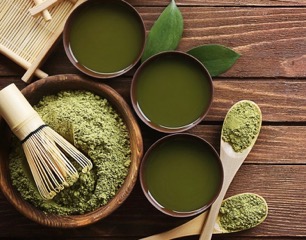 Is any other food or drink reported to have as many health benefits as green tea? The Chinese have known about the medicinal benefits of green tea since ancient times, using it to treat everything from headaches to depression and widely used in Asia for some 4,000 years.
Historically, tea has been served as a part of various ceremonies, and has been used to stay alert during long meditations. A legend in India describes the story of Prince Siddhartha Gautama, the founder of Buddhism, was frustrated at his inability to stay awake during meditation while journeying through China. A tea plant is said to have sprouted from the spot where lay, providing him with the ability to stay awake, meditate, and thereafter obtain enlightenment.
Turkish traders reportedly introduced tea to Western cultures in the 6th Century. Much of the initial evidence that green tea is anti-carcinogenic is based on epidemiological studies which show lower rates of many types of cancer among populations such as Japan and China that drink green tea as part of a daily cultural habit.
How To Prepare:
Green tea is usually brewed and consumed as a beverage. Green tea extracts can be taken in capsules and are sometimes used in skin products. Green tea is a very popular drink in Japan. Some people drink more than others do. A study showed that women who drink five or more 3.4-ounce cups of green tea every day cut their risk of heart disease by 31% compared with women who drink one or fewer 3.4-ounce cups.
Men who drink this amount of green tea per day cut their heart disease risk by 22%.
Frequency:
Consume as often as required. Ideally 8-10 cups of tea (or bout 1200ml.) per day would be ideal for good health and slowing the aging process.
Green Tea: The Natural Secret for a Healthier Life, by Nadine Taylor