The Choices Are Plentiful ~ The differences Very Distinct 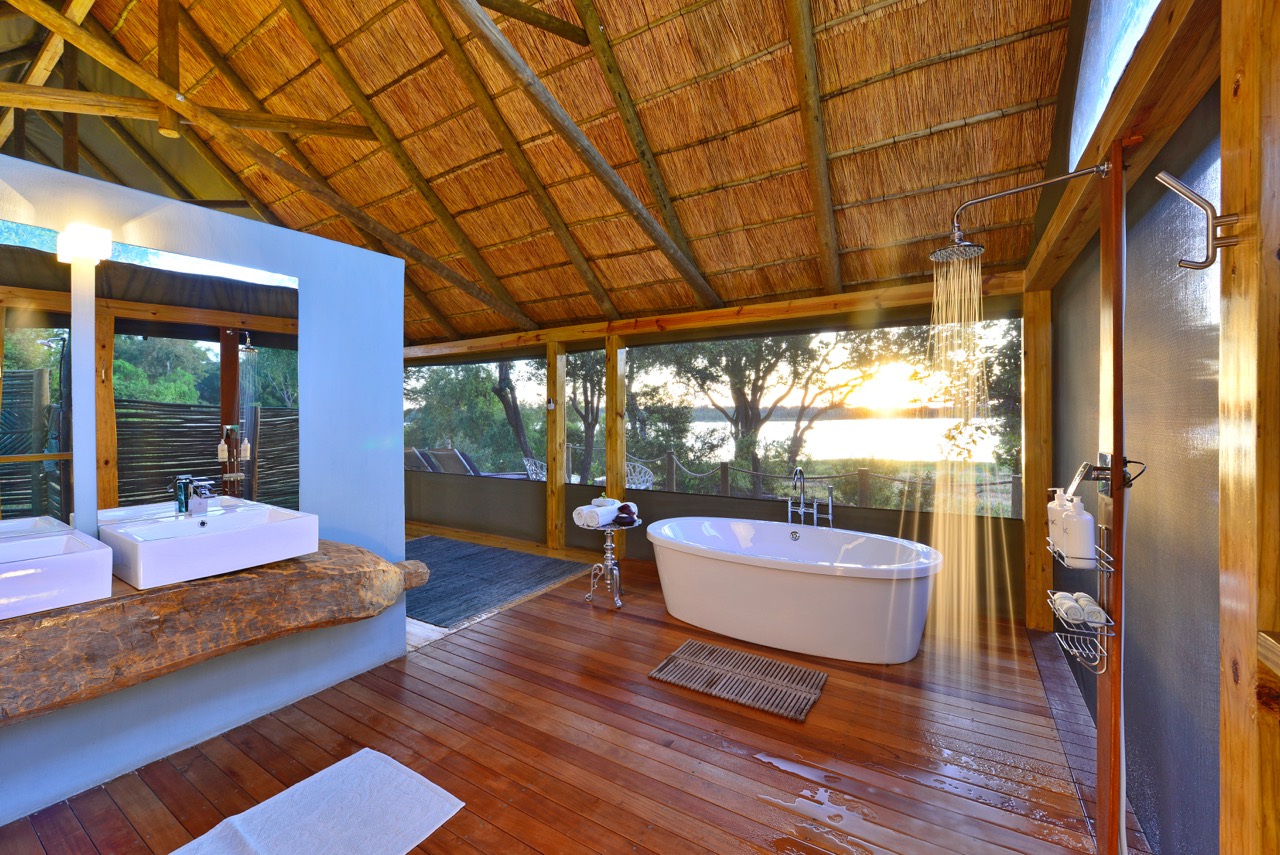 Luxury safari camps abound in Africa, albeit there are distinct differences. The most notable are those located within private concessions, which at most will allow safari vehicles to go off road and into the bush seeking and tracking animals. Camps not on private concession are restricted to road use, which often denies the traveler the best of opportunities to find animals that are well hidden within the bush. It is a far more exciting adventure when traveling across the veld, at times into the tree line and across marsh in search of the animals in the wild.

Luxury camps will also afford the traveler the best in cuisine, offering local wines as an included feature at certain camps, and providing laundry service as an inclusive feature. Thus there are a number of considerations to be made before choosing which of the camps provide the best value for the dollar. Several points to consider are as follows:

1. Number of accommodations within the camp. Some camps have as few as 7 luxury tents, so while out on safari, it is unlikely that you will cross paths with any other vehicle, leaving the animals in the wild to your individualized viewing. At lesser camps, you might find as many as 15 vehicles circled around the one lion.

2. Location of the camp and whether it abuts other camps or is in a venue all of its own, distant from other safari camps. It is meaningful because while on safari, it will determine the chances of having a greater number of vehicles in search of the very same animals.

3. Private concession or not. As previously mentioned, a safari camp on a private concession affords the traveler the finest adventure, allowing the driver to go off road in search of game.

4. Type of safari vehicle used by the camp. The type of vehicle used by camps is an important factor to consider when choosing which of the camps best suits the purpose. Certain camps use a van with a pop-up roof and taking as many as 10-12 guests on the game drive. Add to that another 4-5 vans, or more in caravan and imagine the horde of travelers out seeking animal in the wild. A van restricts the driver where he can take the vehicle and will limit the opportunities of finding animal in their natural setting. Other camps will use open air Land Rovers, providing the best viewing while out on safari, seating a maximum of 8 riders and if on private concession, allowing the driver to go into the bush tracking the movement of the animals.

5. A number of the safari camps offer nighttime safaris providing a totally different experience that adds to the excitement of the hunt for animal. Not all camps offer night safaris and it is another factor to consider when choosing a camp.

Clearly, finding a camp that offers the most inclusive features in a setting apart from other camp sites, in luxury style, will cost considerably more than a camp accommodating 40 or more guests and having 5 or more vehicles leave camp each safari in search of game. Considering that most will visit the African continent just once in their lifetime, the choice of camp becomes immeasurably important, and assuring oneself that the experience will be an enriching one, the cost, spread over a lifetime will surely reap greater benefits the more luxurious and secluded the camp site.

Since 1989, First Cabin Travel Corporation has offered luxury travel to Africa at uncommonly reasonable pricing. The choices of tour operator are many on what may be your one visit to the wonder that is Africa, thus it is incumbent upon you to choose wisely. Read more at firstcabin.com