Hué, Vietnam ~ A City Worth Every Hour Of Your Visit 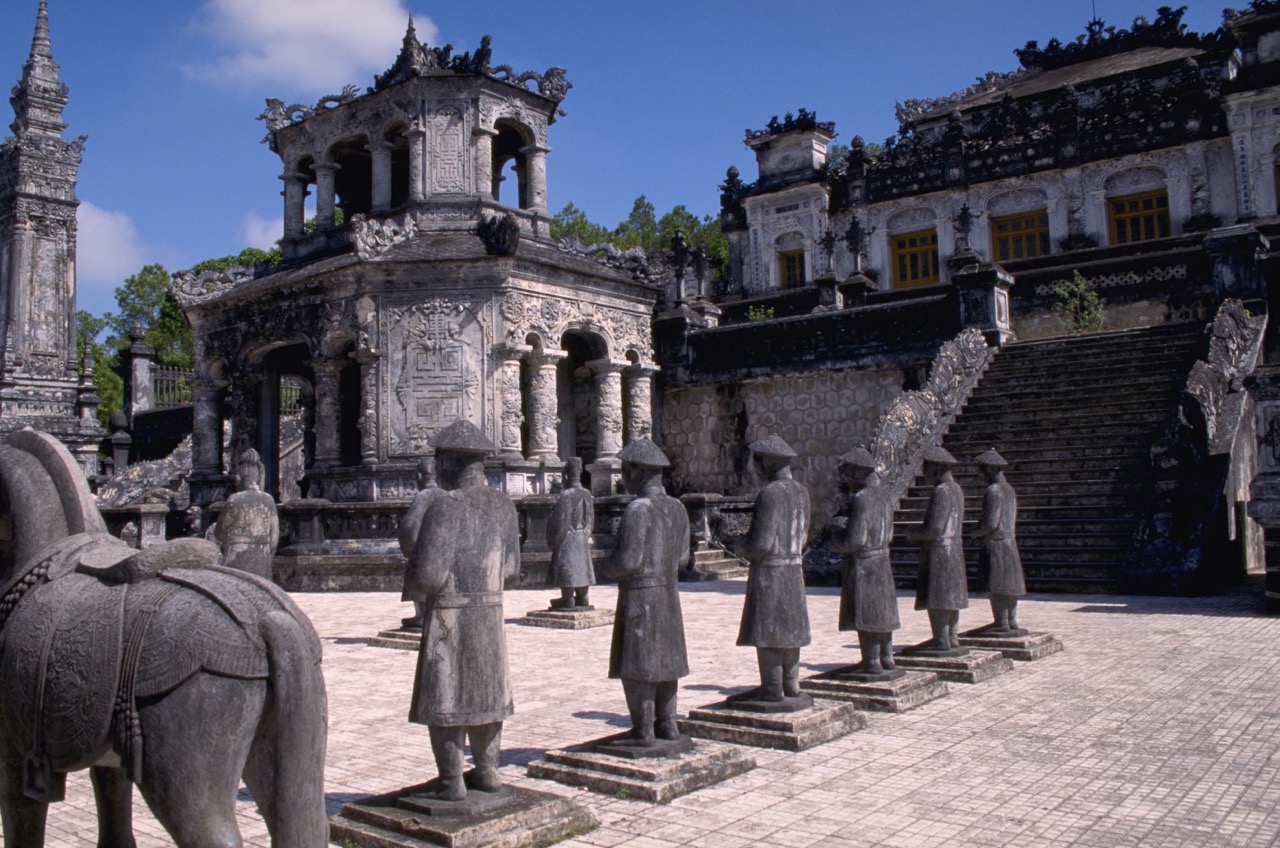 Hué, Vietnam is one of the most picturesque cities in all of Vietnam, known for its beauty, historical importance and scholarly eminence. It is a city not to be missed while touring the country. One of the more interesting visits will be to the royal tombs scattered about the countryside. There are seven known royal tombs in Huè, most to the southeast of the Citadel across the expanse of the Perfume River, with the lone one not far from the Citadel itself. Three of the seven, which are found in the best condition are most visited by those who travel the city.

The Minh Mang royal tomb, which is on the side of the river as the Citadel is the most traditional of the tombs and is laid out in classical Chinese style, emphasizing a symmetry of design reflective of that same traditional style. The tomb has some forty edifices upon the grounds with a main pathway that leads to the salutation court, stele pavilion, and thereafter the emperor's tomb. The emperor did not live to see the completion of the tomb that he ordered built for his passing and it was his son who finished completion. The emperor's burial took place in 1843.
Tu Duc's tomb is one that actually was used by the emperor and members of his household as he fortified himself within the grounds. Longest reigning of the Nguyen Dynasty, he died childless writing on his own stele, since he had no son to perform the ritual.
The tomb of Emperor Khai Dinh contains a European influence in contrast to all other tombs. Unlike the layout of the Ming Mang and Tu Duc sites, it has more the look of a monument. There was a heavy taxation levied upon the peasantry to pay for the construction of the tomb, which took 11 years to complete.  Upon reaching the site, its massive concrete walls towering in the background, entry is through a triple wrought iron gate leading up the staircase, across the courtyard and into the chamber, which consists of colored glass and broken pieces of porcelain adhered to the walls, highlighting in stark contrast the elements of Eastern and Western design.
A journey to Southeast Asia is one long to be remembered for the unique cities and towns that offer a widespread variety of activities and historical sites to enjoy while on holiday. The trio of countries, Vietnam, Cambodia and Laos form the perfect itinerary. Time permitting, extended time in Thailand and a visit to Myanmar (Burma) would be ideal.
Other sites in Vietnam would include Ha Long Bay to the north, the town of Hoi An, Saigon and passage by boat up the Mekong Delta to Ben Trè. A short flight over to Siem Reap, Cambodia, site for the magnificent ruins of Angkor Wat is a must within the itinerary as is the quaint and provincial town of Luang Prabang, Laos.
First Cabin has sent travelers to worldwide destinations in luxury fashion with private driver and guide since 1989 with the majority of its bookings from repeat clientele and their ever-so enthusiastic referrals and at uncommonly reasonably rates.